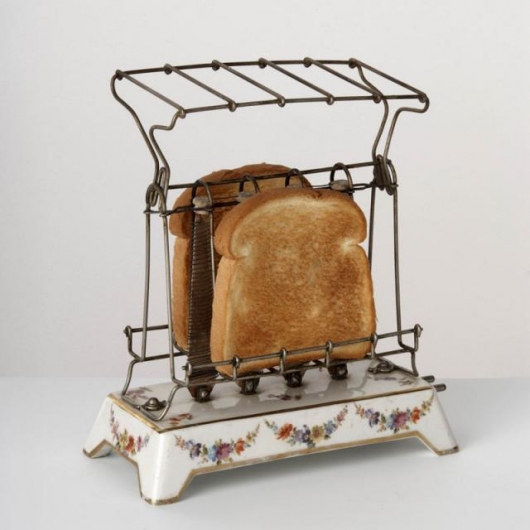 1905 Electric Toaster had open design with heating coils in the middle. Toast had to be turned by hand to brown both sides. It would cost $150 in today’s dollars.

Electricity is something most of us don’t spend a lot of time thinking about, unless your power goes out. Why am I writing about electricity?

While waiting for my toast to pop up this morning, I was absently thinking of appliances. WOW, imagine a time when there were no appliances?

Small electrical stations based on Edison’s designs were in a number of US cities by the end of the 1880s but most Americans still lit their homes with gas light and candles for another fifty years.

By 1930, the majority of people living in larger towns and cities had electricity but only 10 percent of Americans who lived on farms and in rural areas had electric power.

To bring electricity into households, Edison thought of a system that used the home’s existing piping as its framework. But, with this system, there was no convenient way of tapping into the power for anything other than light. 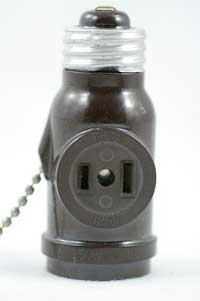 Harvey Hubbell designed a “Separable Attachment Plug” that was wired to an appliance and homeowners didn’t have to deal with connecting live wires from the home to the appliance. He later improved his design by making it with one portion that could be left in the socket and the other was a two-prong plug that was attached to the appliance and could be separated from the socket plug.

His plug also let you “leave the lights on” while using your appliance. Light-socket connections for appliances persisted into the 1920s. I remember seeing these sockets in the ceiling light sockets in the basement of my grandparent’s house.

The grounded plug, the one with two vertical blades and a round grounding pin, was a “necessity is the mother of invention” idea. It is told that engineering student, Philip F. Labre, landlady’s cat would knock over her fan when it came in her window. When she plugged the fan back in, she would get an electric shock. Labre figured out that if the plug were grounded, the electricity would go to earth through the plug rather than through his landlady. He was issued a US patent for grounding receptacle and plug in June 1928.

One 1928 ad featured a fashionably dressed woman leaving to play golf during the day because, as the caption insists, she was ‘no longer tied down by housework’ since she ‘spring cleans with electricity’ which was readily available ‘at the flip of a switch.’

So, what were the first electric appliances? 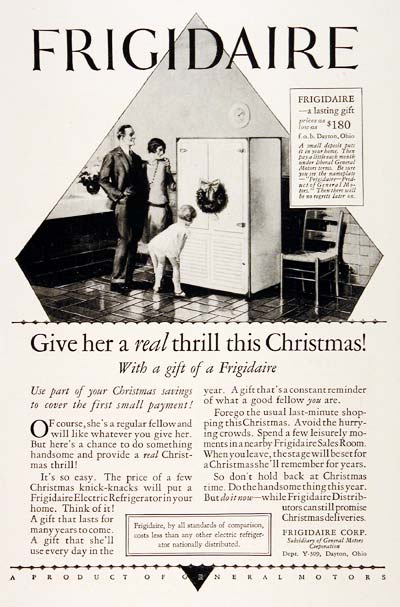 All this from waiting for my toast to pop up! What do you think was the best use of electricity?

This entry was posted on Sunday, May 20th, 2012 at 3:54 pm and is filed under General Info. You can follow any responses to this entry through the RSS 2.0 feed. You can skip to the end and leave a response. Pinging is currently not allowed.