Archive for the ‘Seasonal’ Category

Tips for the Perfect Poinsettias for your Holiday Party

Poinsettias are traditional Christmas plants that will last through the Christmas season and beyond. It is important to select the best plant for your home environment. 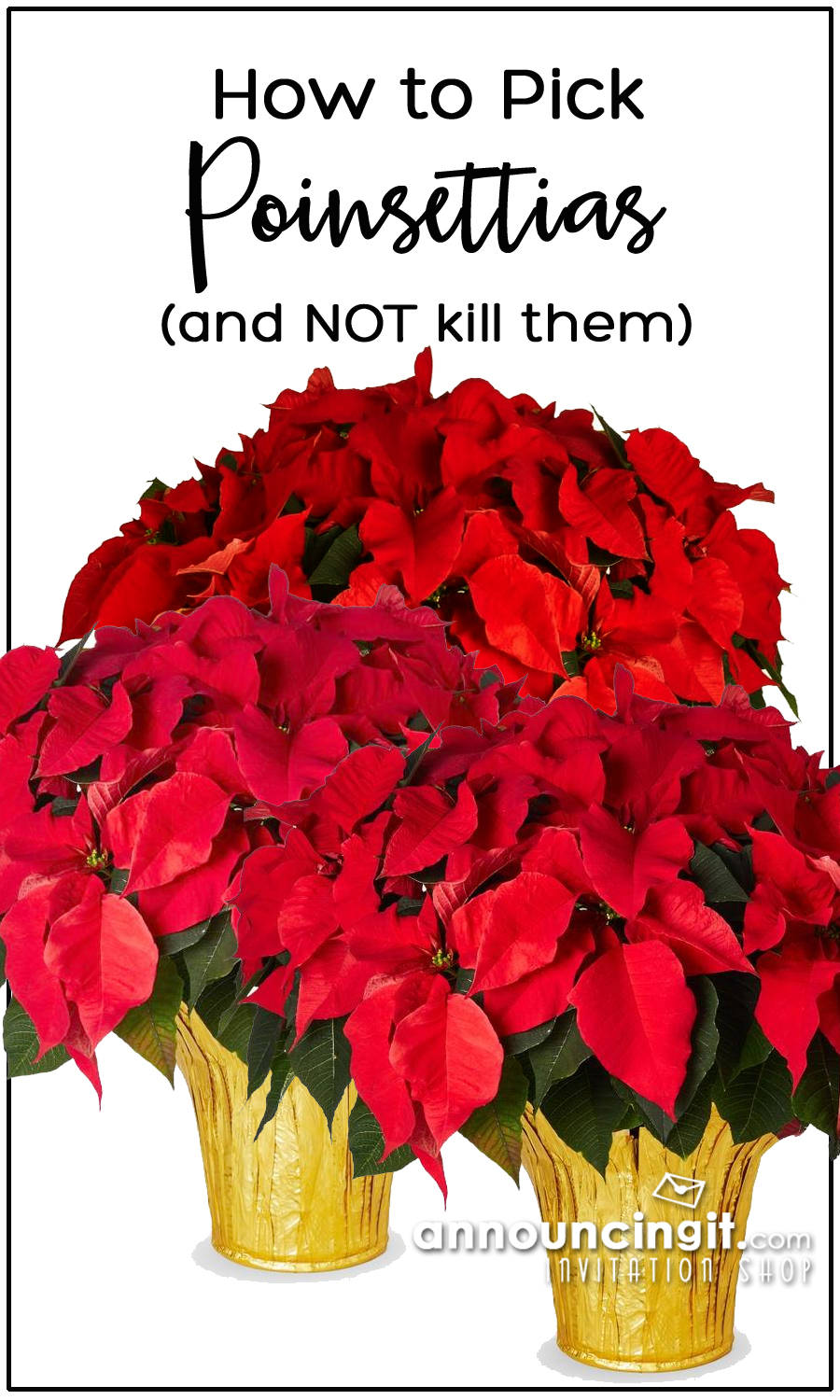 The following are a few selection pointers:

■ Choose a plant with dark green foliage down to the soil line.

■ Do not purchase poinsettias with a lot of green around the bract edges.

■ Do not choose plants with fallen or yellowed leaves.

■ The poinsettia should look full, balanced and attractive from all sides.

■ The plant should be 2 1/2 times taller than the diameter of the container.

■ Choose plants that are not drooping or wilting.

■ Do not purchase plants that are displayed in paper or plastic sleeves. Plants held in sleeves will deteriorate quickly.

■ Do not purchase plants that have been displayed or crowded close together. Crowding can cause premature bract loss.

■ Check the plant’s soil. If it’s wet and the plant is wilted, this could be an indication of root rot.

■ Check the poinsettia’s maturity. Check the true flowers which are located at the base of the colored bracts. If the flowers are green or red-tipped and fresh looking the bloom will “hold” longer than if yellow pollen is covering the flowers.

■ When you take the poinsettia home, be sure to have it sleeved or covered when outdoor temperatures are below 50°F. 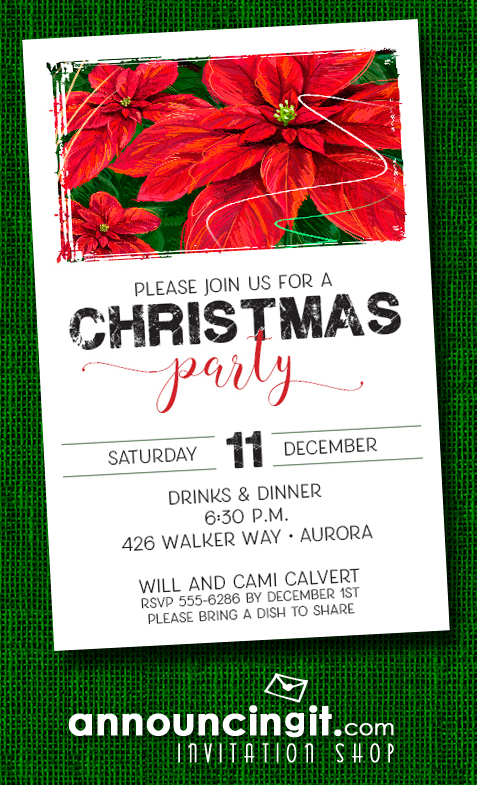 Information from the University of Illinois Extension Poinsettia Pages.

You’ll love our pre-cut ribbons in several lengths that are perfect for your party favors or other projects that call for cut ribbons. Order in your favorite width and length to wrap around party favor boxes or tie closed party favor bags for weddings, birthdays, retirement party, holiday party, fundraiser, grab bags, swag bags, gift certificates, or whatever you can come up with. 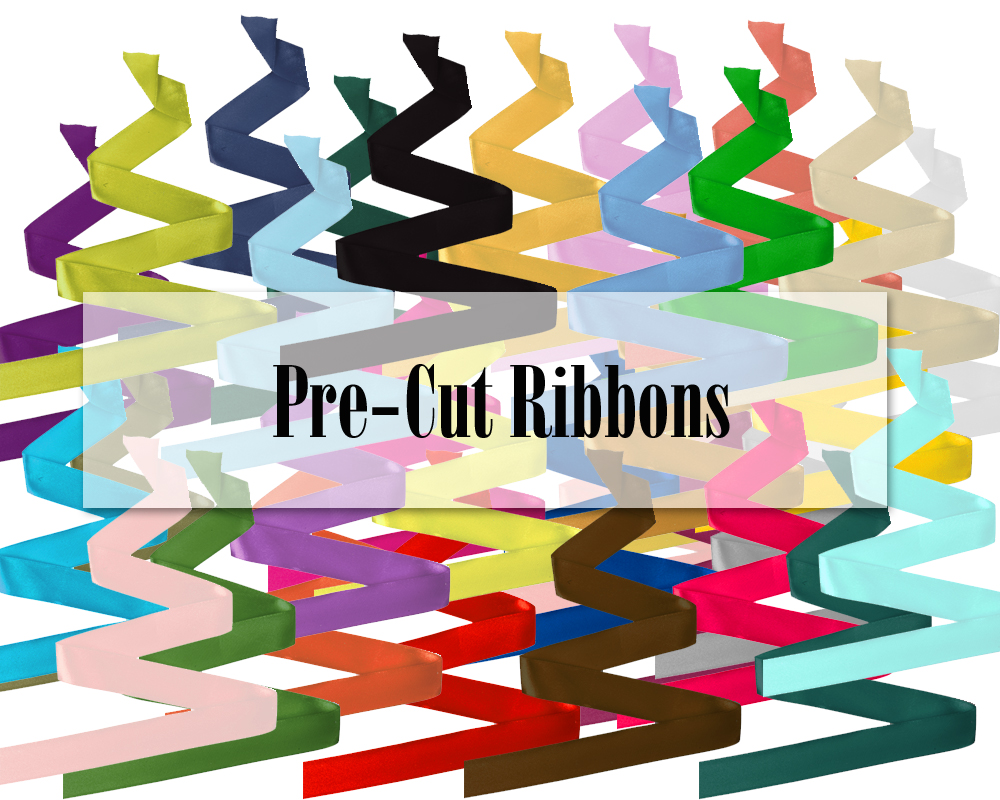 Halloween costume contests inspire guests to get into the spirit of the evening. Add the phrase “Halloween Costume Contest Prizes” to your Halloween party invitations and get ready to have a blast. 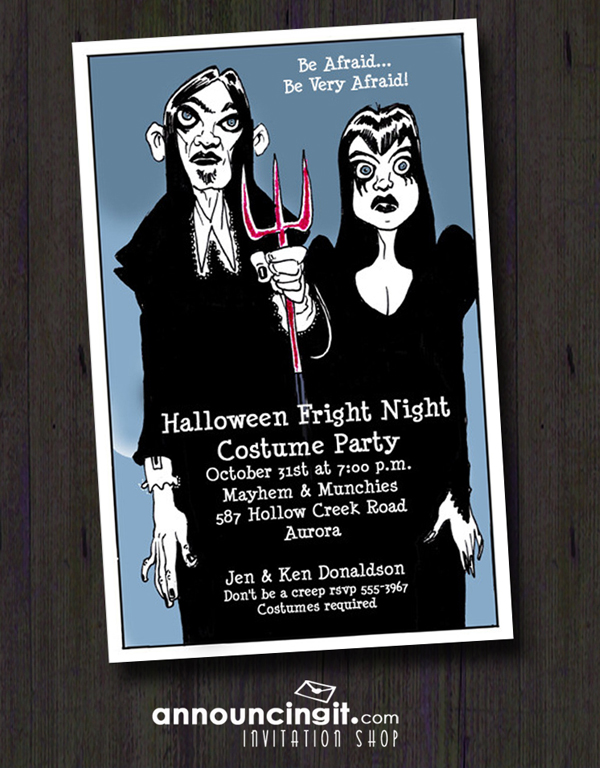 Vote by secret ballot, have the hosts only vote, or create a runway for guests to strut their stuff for votes.

END_OF_DOCUMENT_TOKEN_TO_BE_REPLACED

The weather is heating up! Why not plan a backyard barbecue and enjoy the warmth. No special reason is needed other than getting together with good friends to enjoy delicious food and fine company. 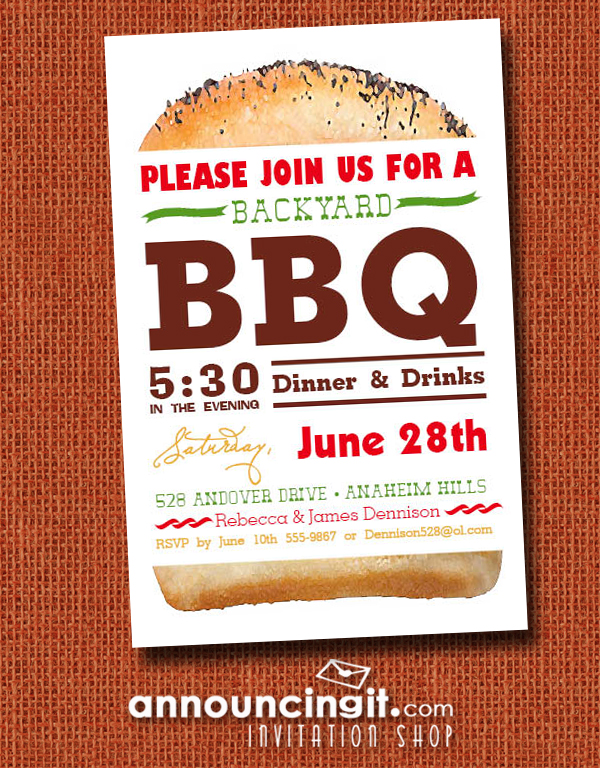 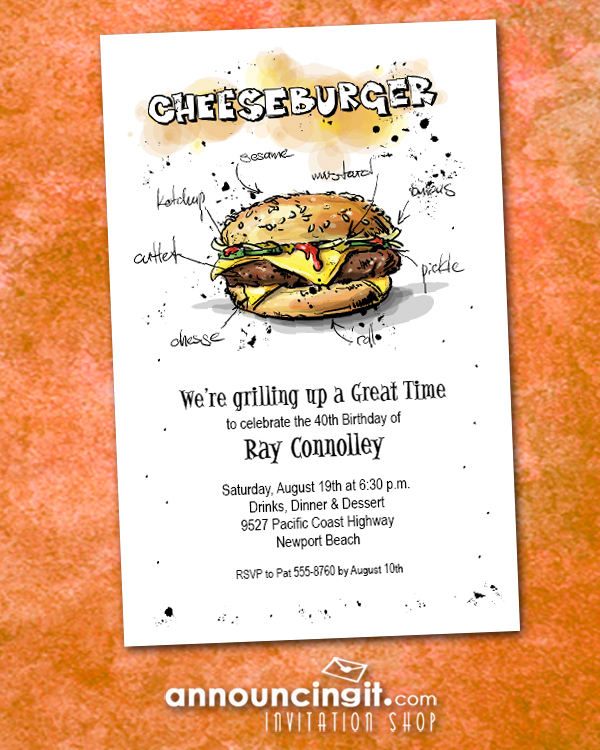 Summer Party Invitations Get the Gang Together

With the cold of winter hanging on long into spring this year, the warmth of summer will be a welcome change to most of the country. Our Summer White Party Invitations are a fun way to get the gang together for tons of summer fun in the sun.  For more ideas on throwing a white party, food, and decorating tips, check out our post White Party Inspiration. 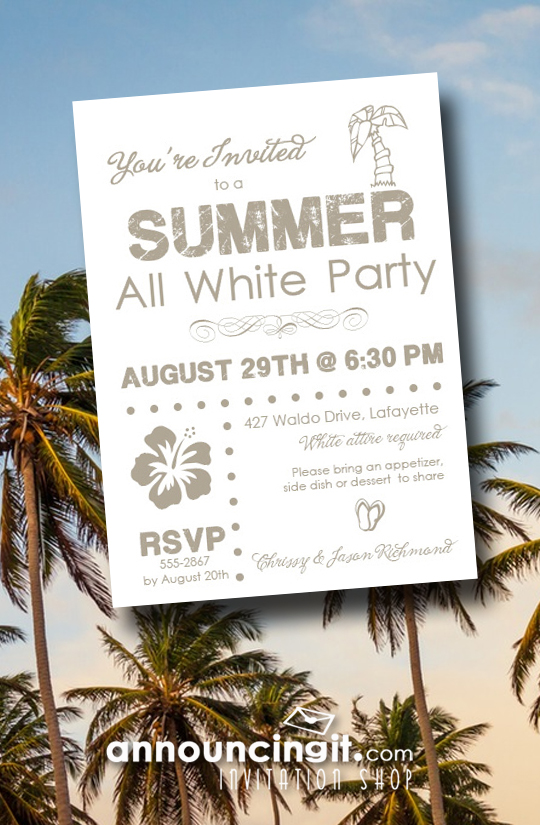 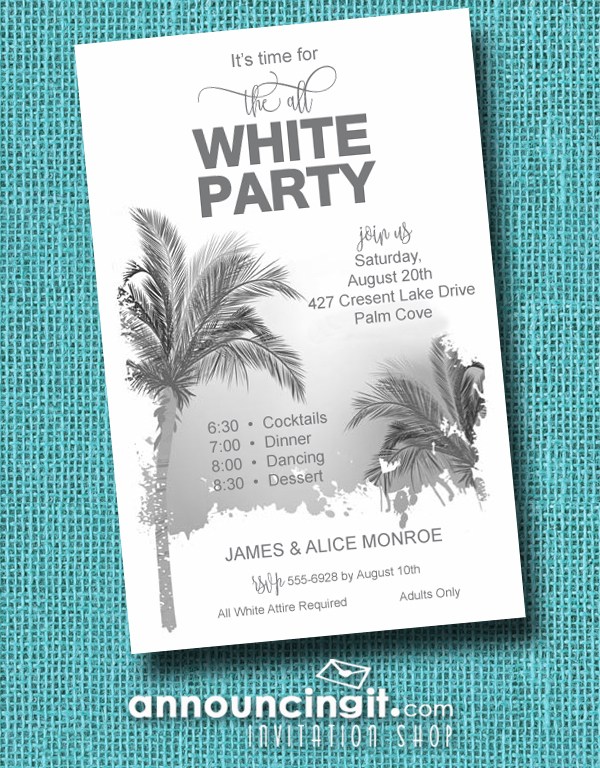 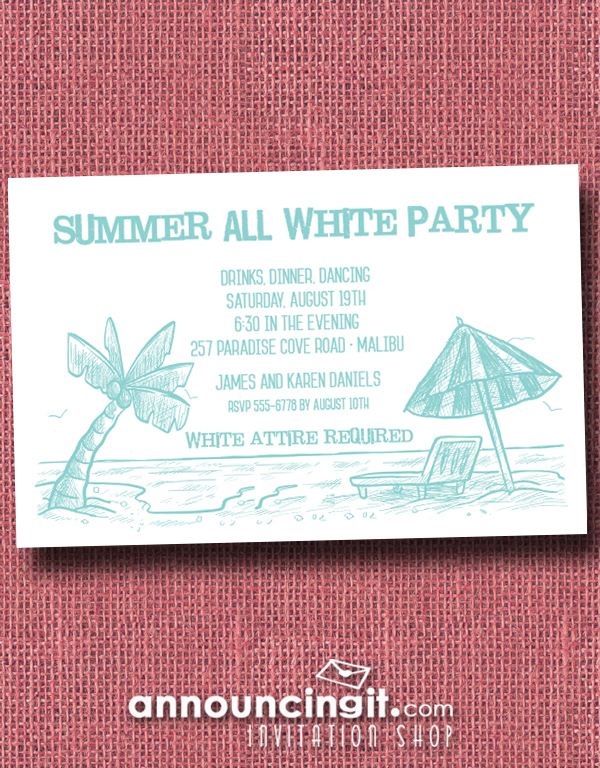 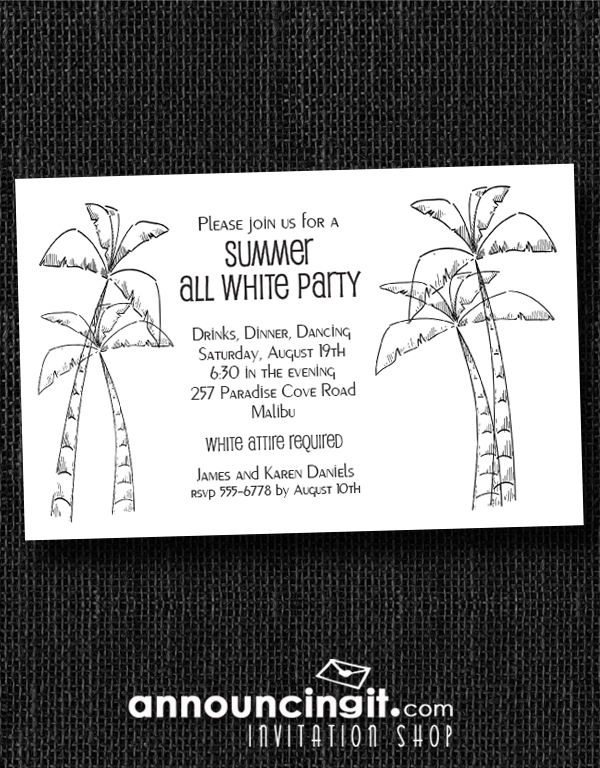 Watermelon Pops are a fun summer time treat for any occasion for just for fun. 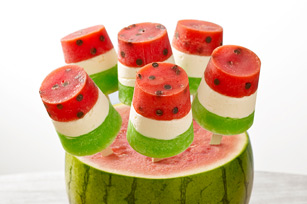 How about sending out watermelon themed invitations for your next party? 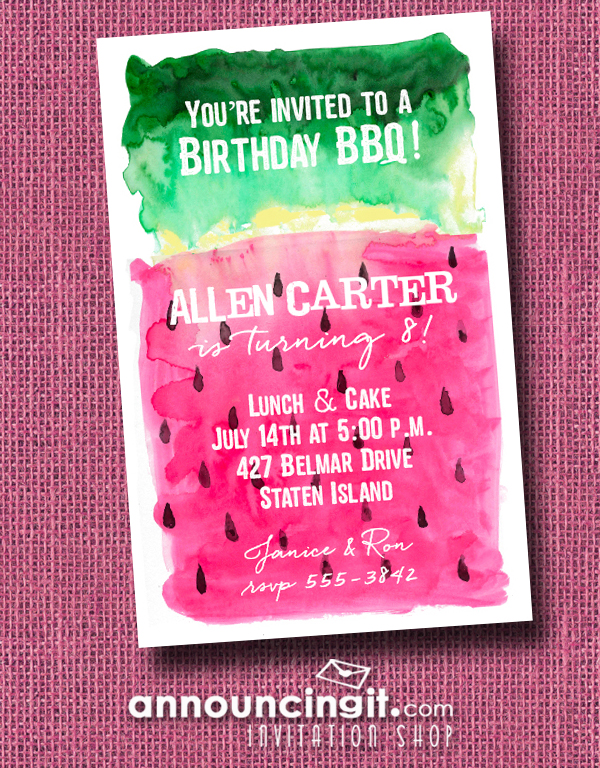 Get the recipe at KraftCanada.com

What is a Party Invitation Rain Date? 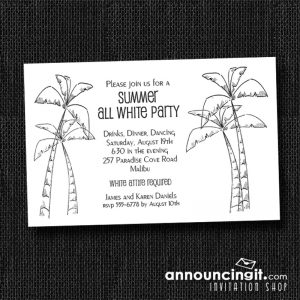 Has the weather ever been a factor when you’re planning a party or other activity?

Our native California employees all say “What’s a rain date?” when a customer submits that phrase on their invitation order.

So, what is a rain date?

It’s an alternative date that an event will be held if the scheduled event must be postponed due to rain or bad weather.

So, if at the bottom of an invitation you find “Rain date is April 9th,” don’t forget to mark your calendar for both the party date and the rain date. If bad weather looms the morning of the party, you might want to check with the hostess if she hasn’t called you.

We know, somebody has to live here in Southern California where weather really isn’t a factor when we’re planning our lives or activities. As the country looks forward to the first days of spring, we’ve been creating fabulous invitations that put you in the mood to party!

So rain or shine, have a great time at your next party and let us know if we can help you with party invitations!

Here in Southern California, we’ve had such a mild summer and really cool nights, it’s hard to believe Labor Day signals the “end of summer” and it’s time to celebrate with one last beach party, pool party, or barbeque. I like to think of it as “back to school” party instead of the end of summer.

So, if you’re planning a get together over the Labor Day weekend, how about throwing a  “White Party” where your guests are required to wear all white. (Remember when it was frowned upon to wear white after Labor Day?) 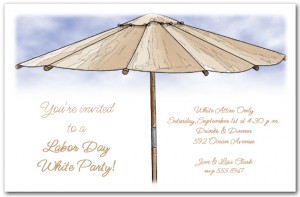 You can decorate for your party with:

Serve white drinks and white food such as: 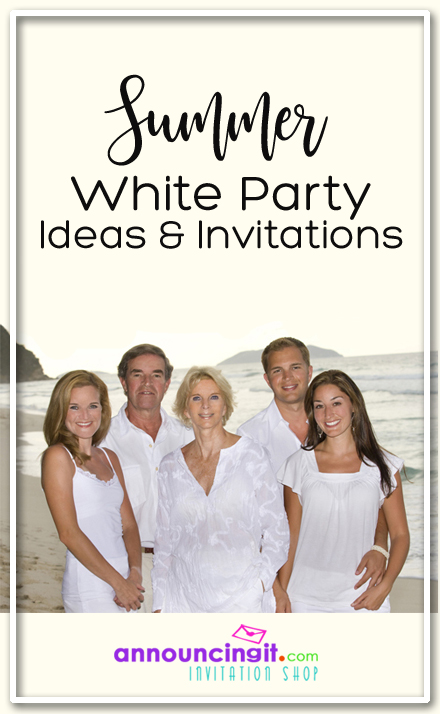 Did you Set a Snow Date for your Super Bowl Party?

If you believe in such things, the Farmers’ Almanac predicts a winter storm will hit New York – New Jersey February 2, 2014. Snow in February, not unusual.  Snow on the East Coast, not unusual. 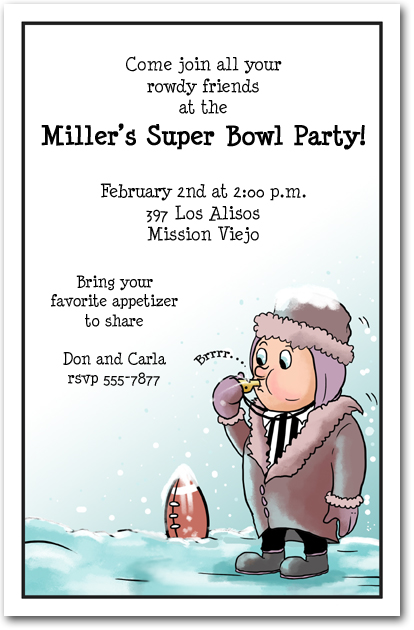 The part that makes this prediction noteworthy is that the storm is supposed to hit around kick off time of Super Bowl XLVIII being held at the “open” MetLife Stadium. OK, so you’re thinking you’re glad you didn’t buy your ticket to be there in person, but there’s more to it than just crowding around the big screen and watching the game with your rowdy friends in a heated living room or bar.

It was announced on December 18th by the NFL, that in the event of a forecast of heavy snow, the game would be rescheduled for the Saturday before, or for the Monday or Tuesday after.

I don’t know if it’s just me, but how do you schedule something for the “Saturday before” based on something that hasn’t or won’t happen until Sunday? What if it is still snowing or the blizzard continues raging Monday or Tuesday? What constitutes a blizzard severe enough to affect kickoff? How does the NFL let everyone know the date’s been changed? What if you’re flying in on Saturday and the game’s played while you’re in the air?

I could go on and on, but the most important question to those of us without tickets to this “freeze your tush off bowl”, how do we schedule our warm, indoor party if there is really a chance this thing won’t happen on Sunday the 2nd?

This is not like a rain date for a kid’s birthday party. We talking major logistic issues for everyone involved from the beer salesman and the ticket takers to the fact that most ticket holders and party-goers probably have jobs and will be on the job Monday or Tuesday. I wonder how many reserved their hotel rooms through Tuesday or booked airline tickets for such a contingency plan?

Let us know what you’ve got planned for Super Bowl “sure hope it stays” Sunday or what your crazy question is.

As we transition our homes from summer to fall, think chilly nights, cozy fireplaces, fall leaves and of course, pumpkins. For a sophisticated look, try decorating with white pumpkins for your Halloween, Fall or Thanksgiving table or fireplace mantel.

We’ve collected some of our favorite white pumpkin ideas that you can arrange to highlight for holiday celebrations or just because it’s autumn. 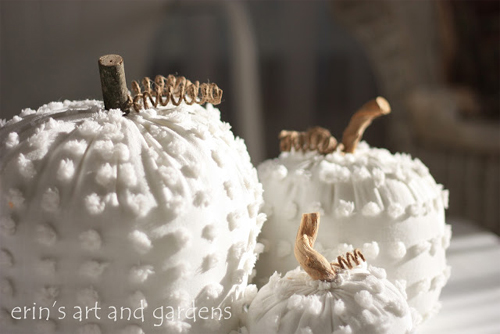 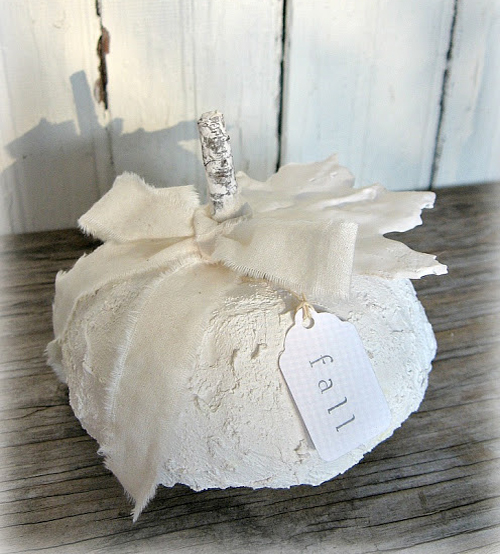 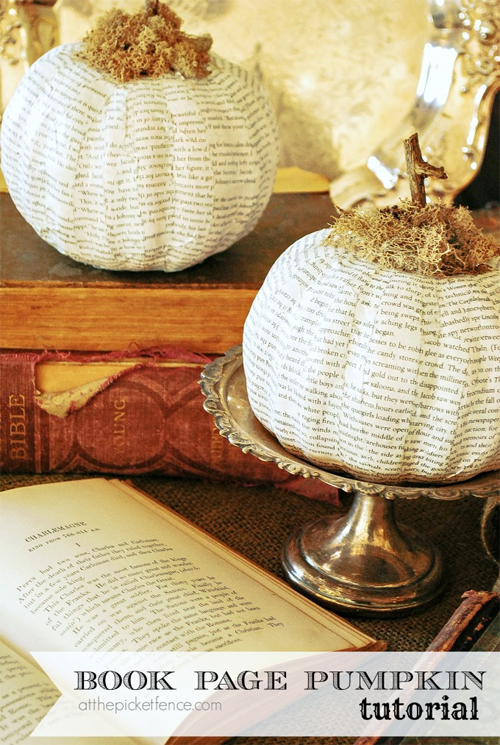 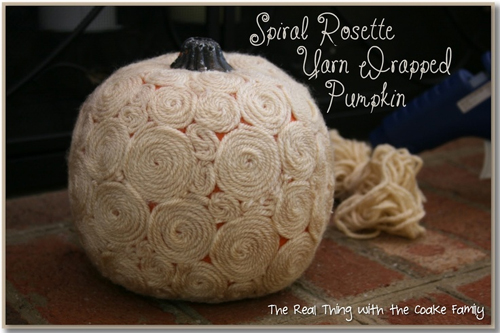 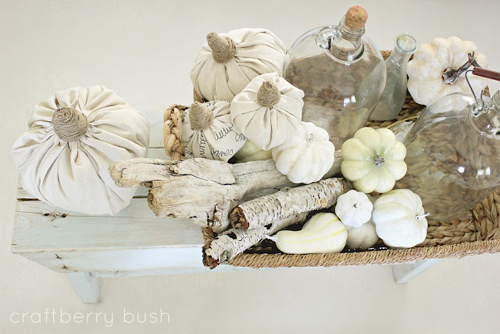 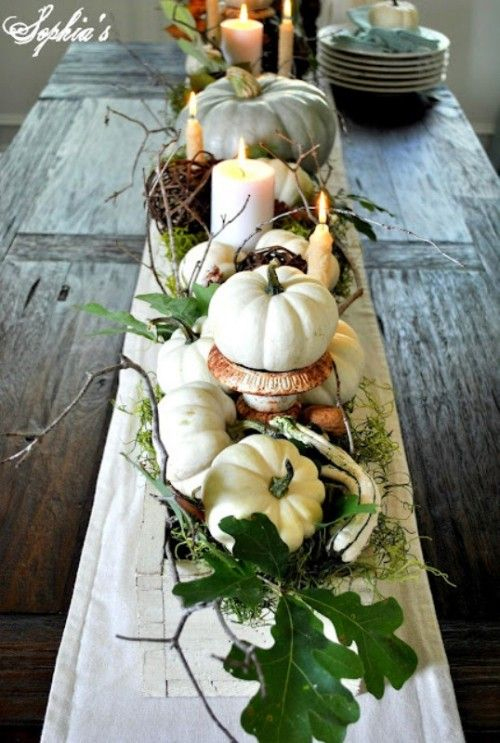 If you add candles, try using different sizes with hurricane glass over them to add flair and keep the flame away from the items in your arrangements.