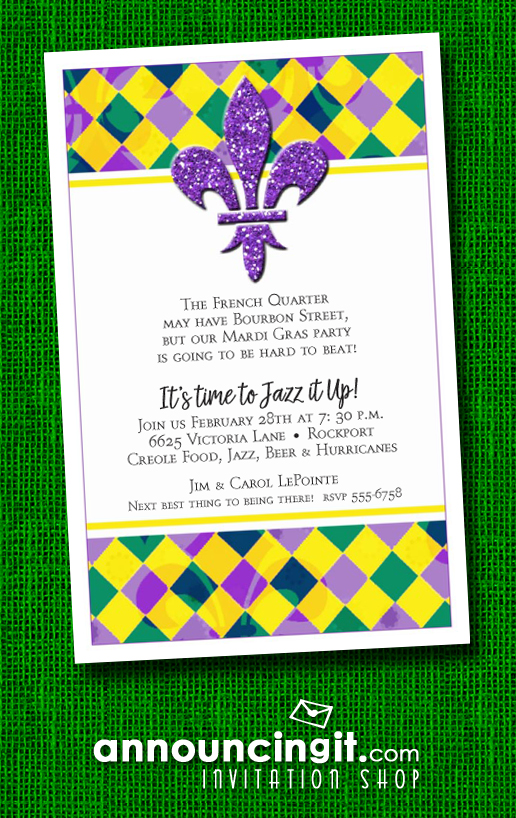 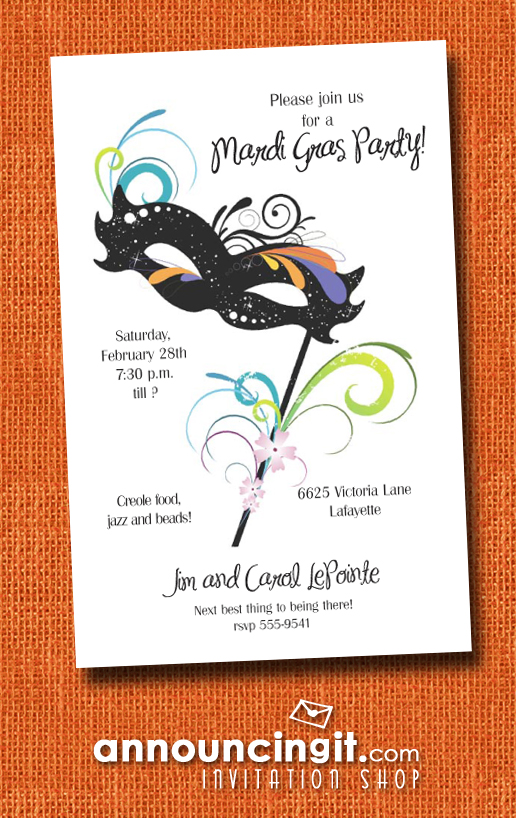 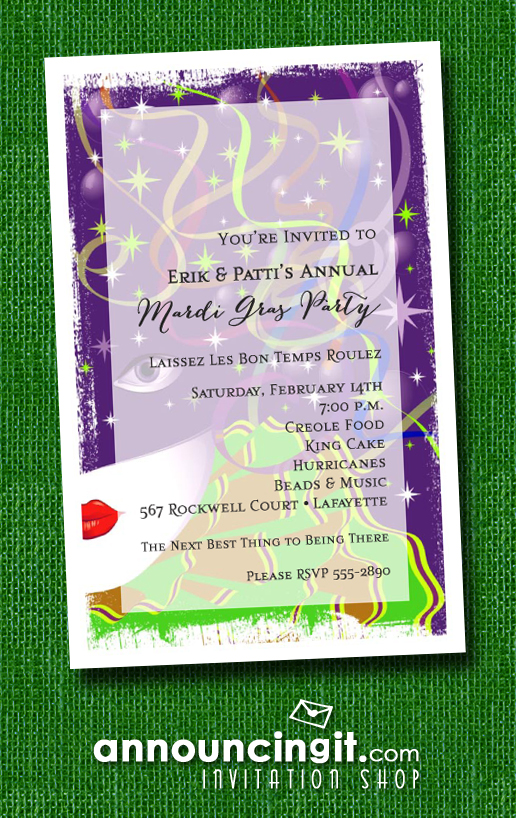 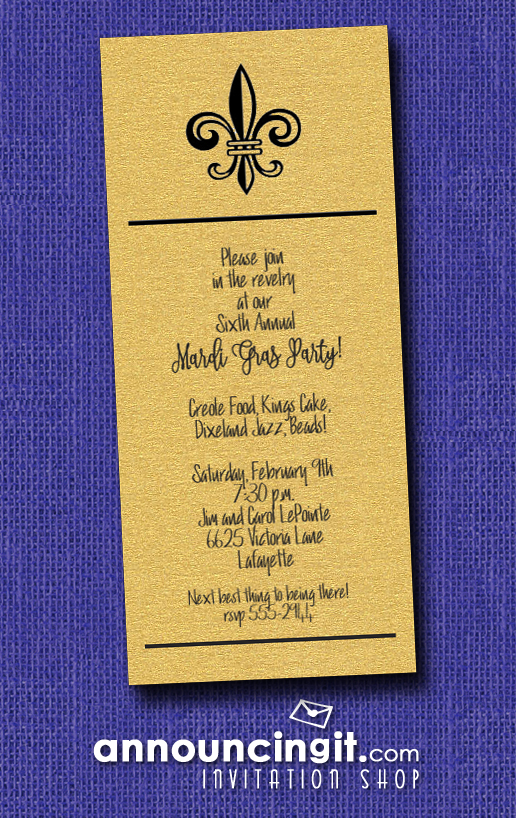 The hurricanes are flowing, the prized beads are piling up, our Mardi Gras Revelers are painting the town New Orleans style while they hide behind their mardi gras masks enjoying the best of Mardi Gras on our Revelers Mardi Gras Party Invitations. 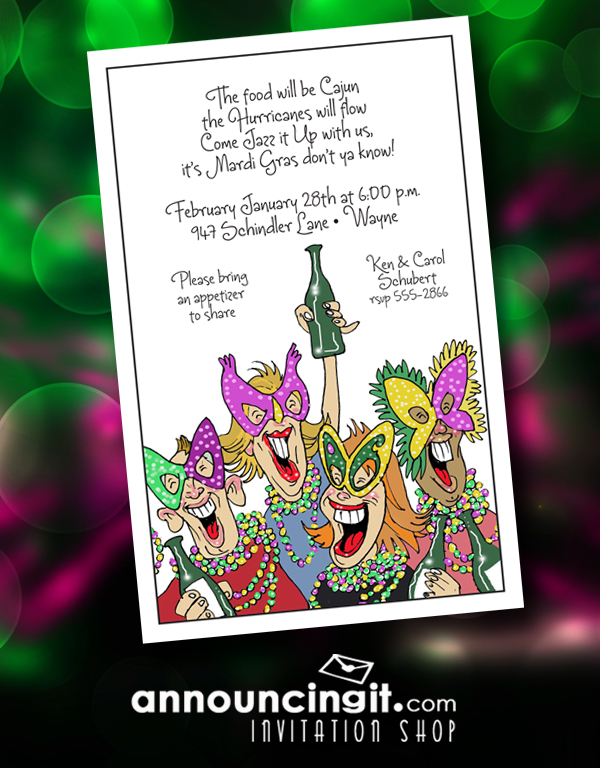 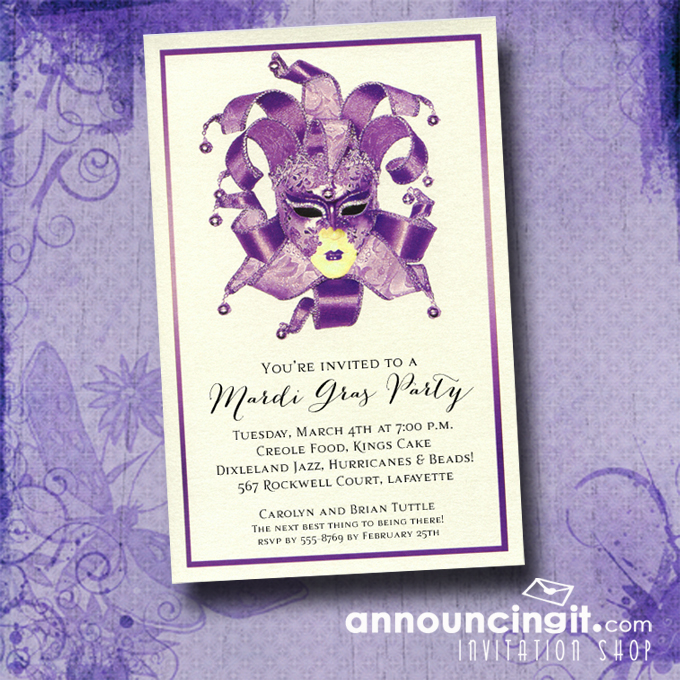 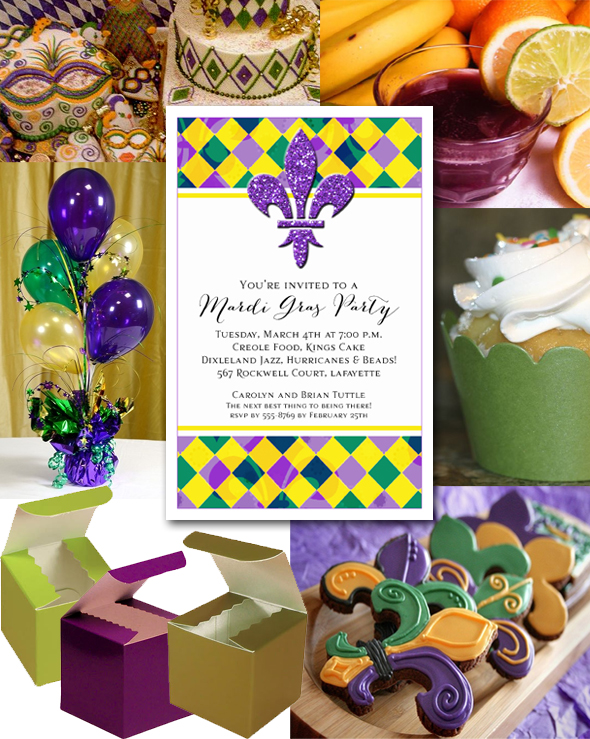 Mardi Gras is a great reason to throw a party!  Purple, green and gold can be see everywhere from Mardi Gras Party Invitations, decorations and food, especially the desserts.

A Mardi Gras party can be a simple get together to enjoy food, music and other traditions to an elaborate ball with gowns, costumes and masks. 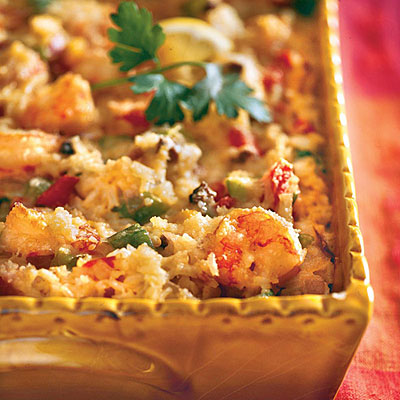 If you are searching for recipes for Mardi Gras or if you just love shrimp, you’ll love this incredible seafood casserole that is spicy, cheesy and filled with shrimp.  I don’t care for okra, so I only used about a cup in mine, just enough to be able to ignore it was there. If you like cheese, put extra on the table for guests to add more if they wish.

END_OF_DOCUMENT_TOKEN_TO_BE_REPLACED 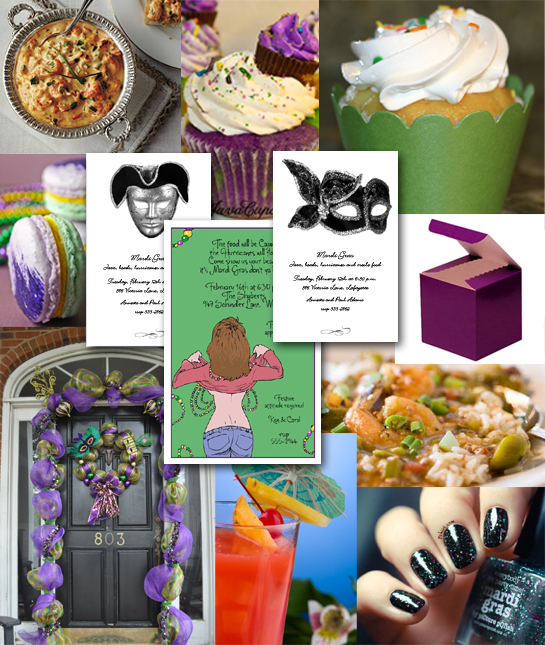 Whether you get to attend Mardi Gras, throw your own party, or attend a Mardi Gras party – the next best thing to being there – here are some of our favorite Mardi Gras things to get your party started.

I love pralines!  Every fall, I swear I am going to make them and this year I just might succeed with this fabulous recipe.

Pralines were first created in the 1700′s by a French chef for the French diplomat Cesar du Plessis-Praslin. They were first created using from almonds that were coated with a cooked syrupy sugar. When a New Orleanian businessman brought some home from Paris his cook substituted plentiful pecans for the almonds and heavy cream to thicken the candy.