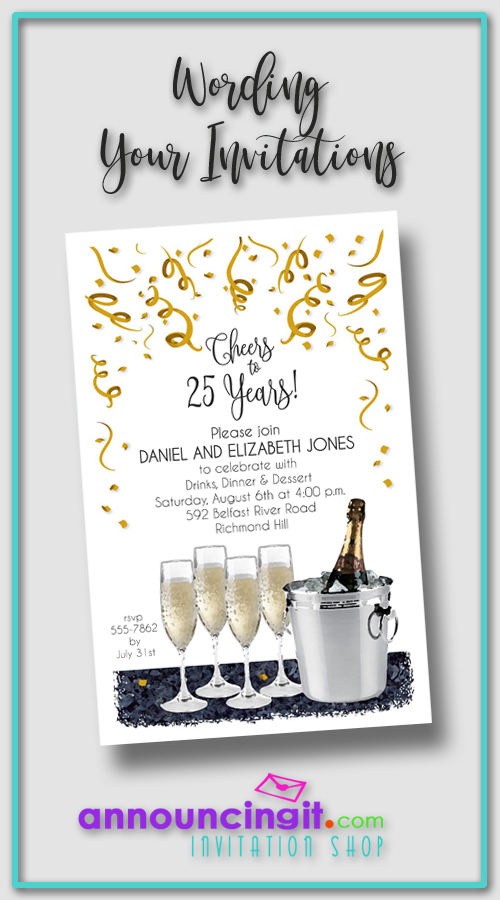 When it comes to wording your invitations, it seems anything goes now days, but there are still some rules that should be followed.

All invitation phrasing is in the third person:
he, she, it, they, him, her, them, his, her, hers, its, their, theirs

Use: Smith & Co. invites you to their

Do NOT use: Smith & Co. invites your to our

Use: Jane and Tom invite you to their

Do NOT use: Jane and Tom invite you to our

For companies and corporations:

A company is a collective noun. Both "its" and "their" are pronouns. While "its" is a singular pronoun, "their" is a plural pronoun.

When a Company takes a plural verb form and plural pronoun, you would use "their."

Example:  The Scientific Societies of America invite you to their biannual awards night. (Do not use "our.")

Do NOT use abbreviations.

Example:  Spell out words such as Road, Street, and state names such as California

Do NOT print zip codes on an invitation

A zip code is not needed to use on-line directions and is never needed on an invitation.

Days, dates are always spelled out

Punctuation is not used at the end of the lines except if used in a poem, quote or saying.  (no commas, periods, colons, etc.)

Example:  John and Sally invite you to join the fun. (leave off the period)

Commas can be used to separate information that appears on the same line such as:

It is socially incorrect to mention "no children allowed" or to mention gifts or where you are registered on invitations.  We have found that our customers follow these rules on strict formal invitations such as black tie or wedding invitations, however, on informal invitations, anything goes and sometimes, the more information, the better.  When in doubt, you can inform your guests of any important details when they RSVP to the invitation.

What to include on your invitations

Apostrophes: When and Where to Use Them 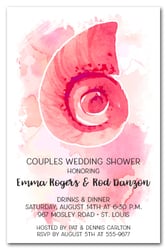 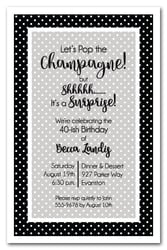 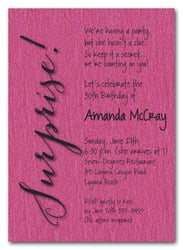